She is a teenager, and she is in a court room. She is tall and broad shouldered, her dark hair is cut short, and she is wearing a man’s buttoned shirt — one reason she is here, fighting for her life. She is a poorly educated farm girl from a small town who left to join the army. She is a radical with a cause. Joan of Arc walks into a stone room in 1928, in one of the last and greatest silent films, by the Danish filmmaker Carl Theodor Dreyer.

It’s a film with history. Like Joan herself, The Passion of Joan of Arc has been censored, banned and burned. And it has revived. On May 12 at Trinity Church in Lenox, the Cantilena Choir has lead a rare screening and performance of the original, uncut film and the original score, with musicians from the Albany Symphony and Cambridge organist Peter Krasinski. And on June 10, Music from Salem explored the original score in their first cello seminar and recital of the summer.

Spring is an adventurous time of the year for Cantilena, says director Andrea Goodman. Now in its 14th year, the choir has performed a wide range of work in the Southern Berkshires and New York — in March they led a pop-up concert in the Intermodal Center in Pittsfield, an a cappella performance of works by Ola Gjeilo and arrangements of Hyena’s Anyone’s Guess and Chanticleer’s Cells Planets.

Goodman has admired Joan of Arc since she was a teenager herself and turned to her in Cantilena’s first nod to silent film.

Criterion re-released the full-length Passion a few years ago, Krasinksi says. The original film was lost in a fire until a worker at the Dikemark Hospital mental institution in Oslo, Norway, opened a janitor’s closet in 1981 and found a stack of film canisters.

The original music is still lost. Movie houses in the 1920s had an organist or a full orchestra, Krasinski says, that would have taken on the classical French score by Victor Alix and Leo Pouget.

In the last hundred years many composers and musicians have created their own scores for Passion, from the Orlando Consort singing music from Joan’s own time to Australian rock band Nick Cave and the Dirty Three.

Krasinski has improvised his own organ music for it, in a worldwide career accompanying classic films. On his own, he says, he can respond to the feeling in the audience and the slightest movements on the screen.

But in Lenox he will perform under Goodman’s direction with 25 singers and 15 musicians, the first time, he says, that a large ensemble has returned to Alix and Pouget’s music.

After the full-length film came to light, musicologist Gillian Anderson found a reduced score with string and vocal parts at the Library of Congress, and Goodman tracked it down. She has added bassoon, oboe and percussion, she says, adapting for the uncut film and using new and precise technology to match the music to the action.

Dreyer’s film is known for its camera work, for Renee Jeanne Falconetti’s performance as Joan and the impact of close-up shots moving between her and her accusers.

She is the only woman in the room. Men talk among themselves and meet her eyes only to force her to say what they want to hear. They come close. Snide. Hostile. Tight with rage against her naked belief.

If you refuse the church … you will be alone.

To prepare for filming, Dreyer read the transcripts of her trial. She is one of the few women who appear in any record in 1431, let alone in her own words.

When the film begins, she has already lifted the siege of Orléans. She has led French troops against the British with no weapon but a standard. She has turned the course of a war that has devastated her country for 15 years. And she is 19.

She believes God has called her. She is a prisoner of the British, and they are losing the war and bloodily determined to prove that God is not on her side. She is a young woman, assaulted and holding on in terror.

Dreyer insisted on a realism that makes her present, in 1928 and 90 years later. The actors appear without makeup, Krasinski says. The monks are tonsured, and Falconetti, as Joan, has her short hair cut almost to the scalp on screen.

The stone cell where she prays is real, where sunlight touches the floor and the shadow of the window bars lies like a cross. Dreyer shot the film in a complete reconstruction of the castle and courtyard in Rouen, according to Donald Grieg of the Orlando Consort (quoted in the Guardian).

When Joan collapses in a fever and a doctor bleeds her arm, the arm and the blood are real.

“What counted was getting the spectator absorbed in the past,” Dreyer wrote when the film was released. “The means were multifarious and new.”

When it came out, the film’s effect was electric. The French government and the church immediately censored it.

As the government and the church put Joan on trial, the film judges them. And Dreyer knew conflict in his own time. Joan of Arc became a saint in 1920, less than two years after the end of World War I. A hundred years ago, 10 years before he released Joan of Arc, boys her age were dying in thousands.

“It’s a political story, depending on whose side you’re on,” Goodman says. “When they’re marching her to the stake, there’s a juggler, a street fair with acrobats.”

In the score a bassoon takes up a buffoonish line to follow the clowns.

“The music’s showing this mayhem while she’s being burned.”

This story first ran in the May 2018 issue of Berkshire Magazine; my thanks to editor Anastasia Stanmeyer. The image above is Passion of Joan of Arc from the poster for the May 2018 concert, courtesy of the Cantilena Chamber Choir. 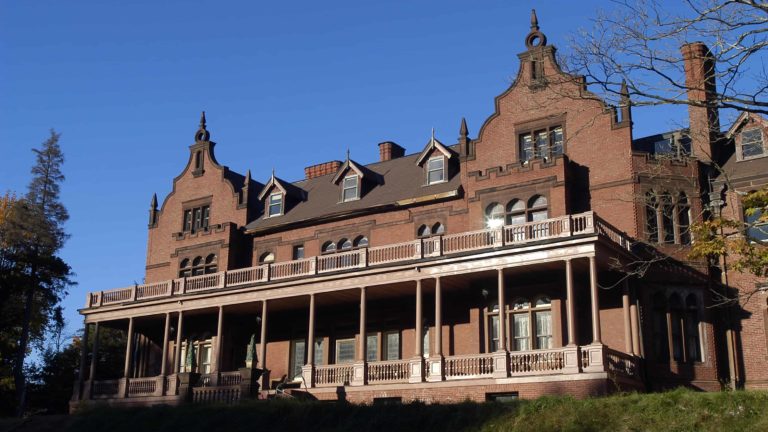