A young man and a young woman stand on a river bank in Cameroon. They are barefoot in swim suits, arguing passionately about music. She wants to listen to songs like the Beatles in her own way, and play them with her own sound, and he wants to compose his own music from rhythms that belong to him like his heartbeat. They want to live in a world where they feel confident and free to be everything they are.

‘I want to talk about us and explore this country and new life, different from out parents, but let’s not lose our song. Keep your ear close to my chest a minute. Listen.’

I’m listening to them in a short film in Cauleen Smith’s We Already Have What We Need at Mass MoCA. It’s the second time I’ve walked through this show. It’s a broad retrospective in film and painting, fiber art and music.

Smith is an internationally acclaimed artist based in Los Angeles, and she will be in town this weekend for Time of Now, two days of thought and performance that focus on paying attention in a world of speed and technology and ‘asking what it means to be human,’ Mass MoCA says.

The Time of Now

This weekend, Smith will join artists in many of Mass MoCA’s shows this fall — Erre, artists in Suffering from Realness, Rafa Esparza and more — who celebrate who they are in their work here, and where they live, and who they love, even when they feel surrounded by forces that move against them.

She will also speak at Williams College next week (Oct. 8), and this Sunday she will create a procession in the Fall Foliage Parade in North Adams on Sunday with live music and performers and bright cloth banners.

She has included protest tapestries like these in her show at Mass MoCA, with pencils and blood and words likd ‘I am holding my breath.’ A friend asks me what that mantra means, and I wonder whether the sense of waiting is ominous or hopeful, or both. And then we hear it to music, and we understand: It may be both. An ensemble sings the words on the banners in the driving harmonies of a spiritual.

In a film around the corner, musicians on the streets of New Orleans play the five-tone melody that makes contact between earth and the extraterrestrials in Close Encounters of the Third Kind. They are on the streets, on the docks, in the parks. They are at home, in a city undone by a hurricane, playing music from another planet.

When the past is transplanted

Down the long hall, a sweep of paintings honor books Smith loves. I fell in love with Robin Wall Kimmerer’s Braiding Sweetgrass, Octavia Butler’s Parable of the Sower and Toni Morrison’s Beloved years ago. I look at a painted hand cupping each of their covers here, and the colors gleam like illuminated manuscripts. In those books, each of these women talks about the world around them in vivid detail, with love and sadness.

They are aching for worlds that have been uprooted and communities of people who have been destroyed like clearcut forests. Saidiya Hartman talks about the pain of lost history too, and lost connections, as she travels along the slave trade routes in Africa, looking for some sense of the family she has only a slim record of. She has Berkshire ties too.

And yet as I think about Octavia Butler’s narrator in Parable, remaking a life out of utter chaos, I feel this show looking toward the future. In one work after another the feeling emerges for me of a strong woman walking ahead, not wanting to forget the past, and not wanting to be bound by it.

Walking toward a new future

She is like the woman on the river bank. That film is one in a series, and on screens in the quiet gallery around it, people are dancing on a warm evening and holding each other on the river bank. I am absorbed in a sense of family and friendship. People are putting on records and laughing in courtyards. They are talking barefoot in the sand.

But I am watching them with a friend, and she sees something new. One person seems to continue through all of these films. She is a young girl listening to her parents at dinner, as they talk about her, wanting her to grow up confident in her body. She is at the party, walking up the outside stair on her own, and she is the young woman by the river. The young man tells us he loves her for her assurance.

And her assurance becomes more and more remarkable, the more I understand the background for it. When she and a young man talk at the water’s edge, they are wrestling with more than young people finding the future a exciting place. Cameroon has won its freedom from European colonial powers only in 1960. I have read about it since, but it’s clear from the film — because they’re speaking French.

‘Building who we are’

Cameroon has more than 300 languages, and these two close friends are having this conversation in a European one. The countries that colonized Cameroon have left a mark on its culture, music and clothing, politics and relationships. These two young people are intimate, maybe lovers. She rests her head on his shoulder, close enough to hear him breathing. And even in their closest moments they are speaking a language from another continent.

And that tension is at the core of the conversation they are having. They are growing up in a culture shaped by people who have been hostile to them. Cameroon was also a center of the slave trade, and it is still easier for me to find that out, when I look up the country, than to learn about makossa music.

That kind of question and confidence seem like the themes of this weekend and many of the events at Mass MoCA this fall. When I look at Camille A. Brown and Dancers’ performance of Ink, and Marcelle Davis-Lashley singing Liberian Girl in Brooklyn, the book talks around Smith’s paintings and the artists and writers, activists and curators gathering for a day-long conversation about slowness on Nov. 1 … I hear the young man who hears the sounds around him and makes them his own, and the woman who stands with him and says:

‘I want you to hear all around us the sounds building who we are; we are more than our parents. Their songs are in us, but here they come our of our fingers and toes black like home and like our new home. This is our life. We can celebrate and enjoy, love and grow. …’ 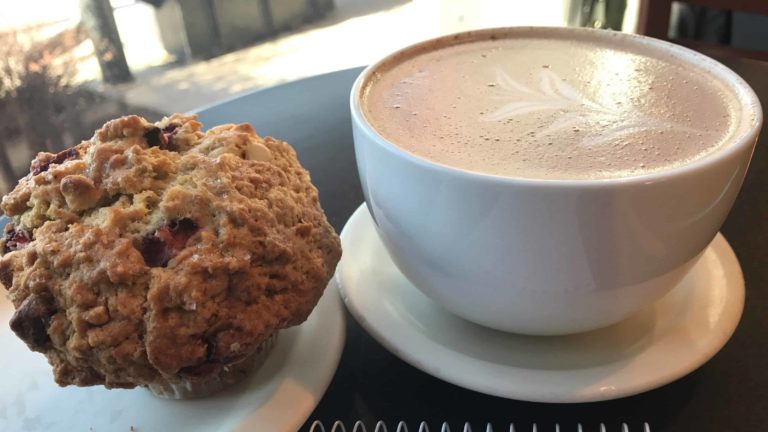